Pangong Tso , Tibetan for “high grassland lake”, also referred to as Pangong Lake, is an endorheic lake in the Himalayas situated at a height of about 4,350 m (14,270 ft). It is 134 km (83 mi) long and extends from India to China. Approximately 60% of the length of the lake lies in China. The lake is 5 km (3.1 mi) wide at its broadest point. All together it covers 604 km2. During winter the lake freezes completely, despite being saline water. It is not a part of Indus river basin area and geographically a separate land locked river basin.

The lake is in the process of being identified under the Ramsar Convention as a wetland of international importance. This will be the first trans-boundary wetland in South Asia under the convention.

The famous and sparkling blue Pangong lake is situated near Leh-Ladakh in the Himalayas, approximately at the height of 4350 meters. This endorheic lake is 12 kilometres long and extends from India to Tibet, with two-thirds of it lying in the latter. Owing to its altitude, the temperature here ranges from -5°C to 10°C as a result of which the lake freezes completely during winters in spite of its salinity. A unique feature of the lake is that it does not remain blue throughout the year or even the day, rather it changes colours from azure to light blue to green and grey too! It has been a tourist attraction for a very long time and has gained further popularity after being a ‘hot-spot’ for many film shoots, apart from being an essential for anyone travelling to Leh – Ladakh. The sublime beauty, crystal waters and gentle hills of Pangong Lake are an exceptional example of the beautiful landscape of the region.

Due to the briny water, the lake does not support aquatic life other than some ocean bugs called crustaceans by oceanographers. Pangong lake is home to many migrating birds in summer, and one can witness numerous ducks and gulls “surfing”. Other than being a haven for these birds, it is also an important breeding ground for birds like Brahmani ducks and seagulls. Some are lucky to spot a Kiang which is a wild ass or a Marmot, which is a brownish rodent native to Ladakh that can grow upto the size of a small dog. There are two streams from the Indian side that form the wetlands and marshes at the edges. It is the beauty of the impeccable blue waters that embezzle the tourist’s attention the most. The serenity and tranquillity of this place are the tourist’s paradise.

Camping and Homestays in Pangong

The natural setting of Pangong makes for a perfect destination for a quaint little camping adventure. If you wish to camp at the lake, you might want to consider tenting which is the only viable option. The tents are quite clean, cosy and comfortable with meals included in the package. in addition to the camps, you can also try out homestays here where local households provide accommodation. The ideal place to live is 32 kilometre from Pangong lake in a place called Tangste. Also, there are places to live in and around the vicinity of Lukung which is close also located close by and has the provision of eco huts. One can, however, be based at Leh, which has numerous options for accommodation and take a day trip to the lake. The beautiful setting of this destination makes it an ideal spot to relax and unwind.

The Lake in Winters

Winter turns the landscape of Pangong into a shimmering and snowy extravaganza. The mountains exhibit a kaleidoscopic contrast with sand dominating one side while snow makes an appearance on the other. The lake freezes to an absolute turquoise, and you can even walk all over this frozen beauty. The sun doesn't make much of an appearance and fog envelopes the landscape. However, the temperature here gets to a minimum of -14°C, so be sure to pack loads and loads of woollens! Pangong Lake and its Bollywood connect

The unadulterated natural beauty of the Pangong Lake makes it a favourite destination among directors for shooting and filming. A number of blockbusters have been shot here, which includes amazing works such as Dil Se, 3 Idiots, Heroes, Jab Tak Hai Jaan, Sanam Re, Waqt and Tashan among many others. The Bollywood junkie in you will definitely feel like a superstar here! 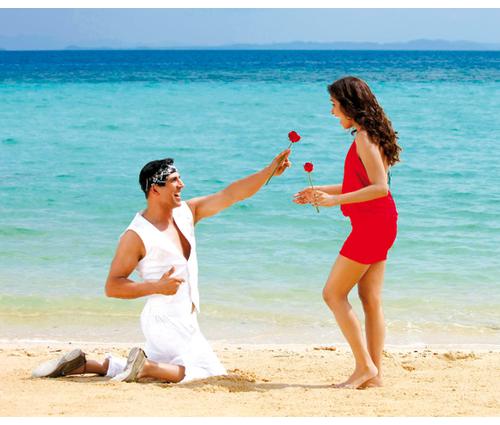 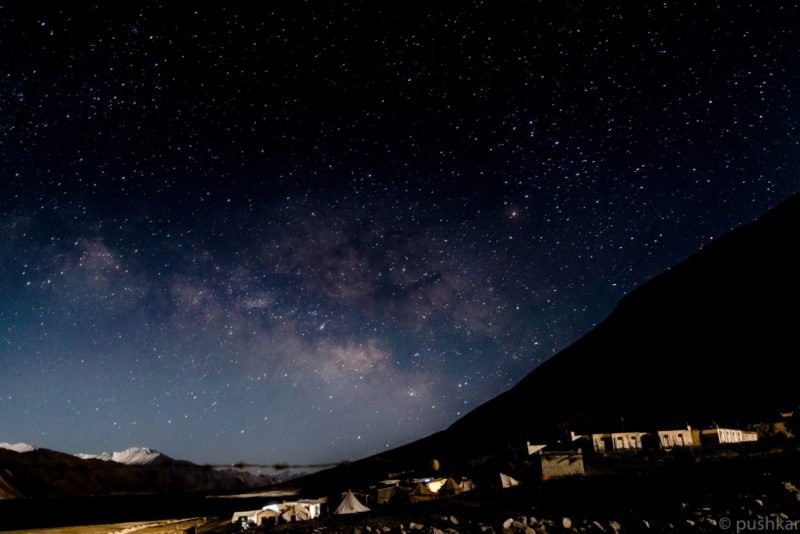 Pangong Tso is in disputed territory. The Line of Actual Control passes through the lake. A section of the lake approximately 20 km east from the Line of Actual Control is controlled by China but claimed by India. The eastern end of the lake is in Tibet. After the mid-19th century, Pangong Tso was at the southern end of Johnson Line, an early attempt at demarcation between India and China in the Aksai Chin region.

The Khurnak Fort lies on the northern bank of the lake, halfway of Pangong Tso. The Chinese has controlled the Khurnak Fort area since 1952.To the south is the smaller Spanggur Tso lake.

Pangong Tso is still a delicate border point along the Line of Actual Control.Incursions from the Chinese side are common.