Nubra  is a tri-armed valley located to the north east of Ladakh valley. Diskit the capital of Nubra is about 150 km north from Leh town, the capital of Ladakh district, India. Local scholars say that its original name was Ldumra (the valley of flowers). The Shyok River meets the Nubra or Siachan River to form a large valley that separates the Ladakh and Karakoram Ranges. The Shyok river is a tributary of the Indus river. The average altitude of the valley is about 10,000 ft. i.e. 3048 metres above the sea level. The common way to access this valley is to travel over the Khardung La pass from Leh town. Foreign nationals are required to get a Protected area permit to visit the Nubra Valley. Since 1 April 2017 Indian citizens are also required to get an Inner Line Permit to visit the valley.

The deep-cut Shayok and Nubra River Valleys offer tremendous scenery on a grand scale, with green oasis villages surrounded by thrillingly stark scree slopes, boulder fields and harsh arid mountains. There are sand dunes, monasteries, a ruined palace and – at Turtuk and Bogdang – a whole different culture (Balti) to discover. Permits are required by foreigners.

Nubra's only drinking hole is a strip of summer garden with simple willow and matting cabanas. It's hidden very discreetly behind unmarked metal gates, next door to the Sten-Del Hotel access lane. 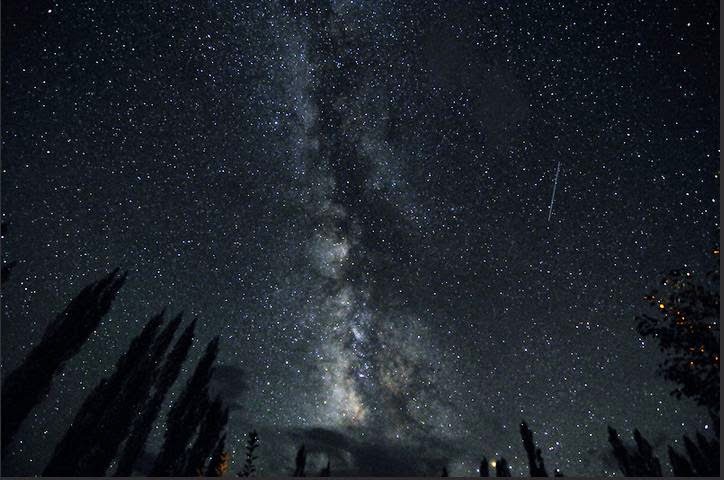 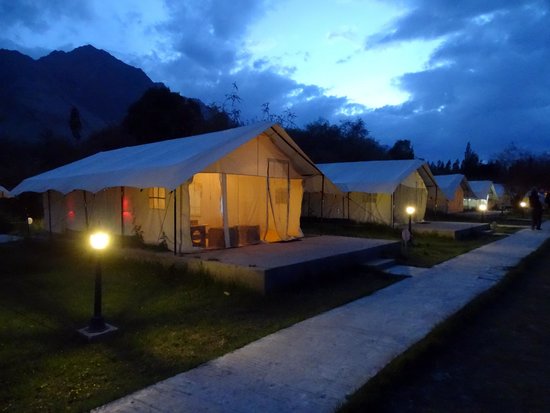 The culture of the people living in Nubra Valley is the same as that of the rest of Ladakh. Music is important to these people and the most commonly used instruments to play their traditional music are the surna and the daman. Music is often played during the festivals of the Buddhist monks. The music is often accompanied by religious chanting in either Sanskrit or Tibetan. Dances performed using masks are a popular tradition here. As most dances narrate some kind of a story, these are quite interesting to watch. The most common theme is the fight between good and evil, in which good always prevails. In addition to their love for music and dance, the people living in the Nubra Valley are often skilled with their hands. Men and women excel in the art of weaving. The history of Nubra Valley can be traced back to the 7th century when Buddhism was on the rise. It was the predominant religion followed by the people living in this region. A monastery constructed in the 14th century, called the Diskit Gompa, stands in the valley till date. A part of the ‘Yellow Hat’ order of Buddhism, also referred to as Gelugpa, Diskit is a sub-gompa of the more famous Thikse Gompa, which is located close to Leh. By the 18th century, a high ranking lama was given the Diskit monastery to manage. Later on in the region’s history, the fierce armies of the Mongolians, Arabs and even the Chinese descended upon this valley. The valley earned itself a place in history when it became a part of the trading route through which several caravans from central Asia would pass in order to reach Leh. The merchants plying this route have an abundance of interesting items that they wished to trade. The merchants brought raw silk, carpets, tea and Cannabis or marijuana to the region from Central Asia, and would take back woollen shawls and saffron that Kashmir is famous for. Trade in the region flourished till the 20th century. After China took over Tibet, the border was closed around the middle of the 20th century, and it remains closed till date.