Horseracing, which dates from 1812 when the Champ de Mars Racecourse was inaugurated, remains popular. The country hosted the second (1985) and fifth editions (2003) of the Indian Ocean Island Games. Mauritius won its first Olympic medal at the 2008 Summer Olympics in Beijing when boxer Bruno Julie won the bronze medal.

An insider's guide to the bars and nightclubs in Mauritius, including the best clubs, beach bars and live music.

As most people tend to stay and party within the resorts, the main place on the island with life after dark is Grand Baie. Nightlife on the island is getting more hip at hotels, and there are some great bars and clubs if you know where to find them. Our recommendations take in a few key hotspots island wide, from cool beach parties with international DJs spinning the decks to dancing, live music and jam sessions, and top sports bars to spots for a sundowner. 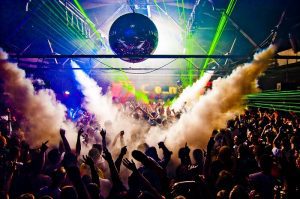 The island of Mauritius was uninhabited before its first recorded visit during the Middle Ages by Arab sailors, who named it Dina Arobi. However, the island might have been visited well before by sailors of ancient times; wax tablets were found on the shores of Mauritius by the Dutch, but since the tablets were not preserved, it cannot be said whether they were of Greek, Phoenician or Arab origin.

In 1507, Portuguese sailors came to the uninhabited island and established a visiting base. Diogo Fernandes Pereira, a Portuguese navigator, was the first European known to land in Mauritius. He named the island "Ilha do Cirne". The Portuguese did not stay long as they were not interested in these islands.

Along one of the most beautiful beaches of the island, the Gold Beach Resort and spa is the ideal place to spend your holidays.

fairytale hotel which captures the heart of all its guest with its refined and excellent services amidst the calm golden beaches and sparkling turquoise seas, making it a perfect destination

B36, Grand Baie, Mauritius
From ₹