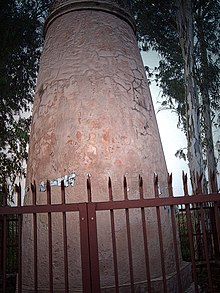 Grand Hotel Agra is owned and managed by Dang Family who possess sixty years of vast experience in the Hospitality Industry. They also own Ranjit Hotel, which is the first good Class & Budget Hotel from Agra Cantt Railway station consisting of 30 well furnished rooms.

Grand Hotel Agra is owned and managed by Dang Family who possess sixty years of vast experience in the Hospitality Industry. They also own Ranjit Hotel, which is the first good Class & Budget Hotel from Agra Cantt Railway station consisting of 30 well furnished rooms.

Hotel Apollo is located in the Tajganj area in Agra. It is quite close to the iconic Taj Mahal. The hotel walls have a subtle wall decal on the feature walls.

Agra is the home of one of the seven wonders of the world. Come experience the famed splendour of the Taj Mahal in the city of Agra. Equipped with smart rooms that offer the best amenities alongside hassle-free services and a magnificent view of the iconic monument, Taj Inn Hotel, Agra, is located very close to the western Taj Mahal gate. With a warm staff that's ready to offer impeccable service, Taj Inn Hotel, Agra, clearly blurs the lines between business and pleasure.

Cultural and Backwaters Tour In India

Fort and Palaces In North India

Agra is a city in northern India’s Uttar Pradesh state. It’s home to the iconic Taj Mahal, a mausoleum built for the Mughal ruler Shah Jahan’s wife, Mumtaz Mahal (who died in childbirth in 1631). The imposing main building features a massive dome and intricately carved white marble inlaid with precious stones. This is set behind a reflecting pool inside a courtyard defined by 4 minarets.